It is Aphasia or Memory? An Easy Way to Find Out

Hospital staff: "Where do you live?"

The problem: Martha lived in Plattsburgh over thirty years ago.

A client's son recently asked if we could work on his mother saying where she lived. Martha, an 88-year, active woman with fluent aphasia, she had been in the hospital for a few days. According to her son, the medical staff were trying to test her memory and cognitive status. Although she knows where she lives, she had moved only a month ago. Martha's fluent aphasia must have made her seem as though she was disoriented—the speech of someone with fluent aphasia contains many sound errors and mix-ups (this is completely different from apraxia) peppering into otherwise normal-sounding speech. Add some anxiety and being in the hospital—anything could come out.

The hospital staff were concerned because the patient's response to "where do you live?" was somewhere she had lived a very long time ago. They were concerned that she was disoriented and possibly not fit to return home. As we all know, someone with aphasia can know the answer, but what may come out of their mouths can be something entirely different. The place she'd lived the longest is going to be the most prominent pathway activated in most cases. To reinforce this, she'd recently met someone else from that city with aphasia, so it was on the front of her mind.

Family members will often say that their loved one with aphasia has memory issues, when this isn't necessarily true. Almost all tests of language are accessed through written or spoken language. If someone has aphasia, is it the aphasia or the memory? People with aphasia aren't going to perform well on a standardized test for cognitive decline such as the Mini-Mental Status Exam. They aren't going to do well on neuropsychological tests. People with aphasia aren't going to do well on any test if the expected responses are only verbal or rely only on language. There are a few easy ways to test this with your loved one, as I related to the son.

1) Give written multiple choices for answers. 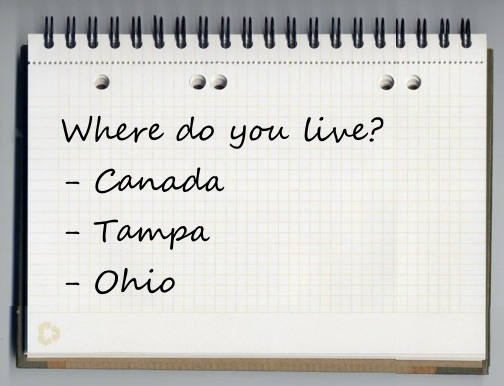 Since reading level isn't known, point to each answer as you say it. The client can then point to their response.

2) Have them write or draw answers. Often people with aphasia, especially with numbers, may say one thing but mean another. It may be very difficult for someone to say their age. Ask, "can you write it for me?" If this is still too difficult, use a numbers sheet.

Clarify. "You're 37 years old?" while pointing to their response. When they hear it out loud while looking at it, they can tell if they've said something incorrectly.

Using a combination of speech, writing and reading can give you a better idea of what someone with aphasia knows. This also works for visual exams and other areas in which the person with aphasia needs to relay what they understand.

What are Functional Words and Phrases in Aphasia?