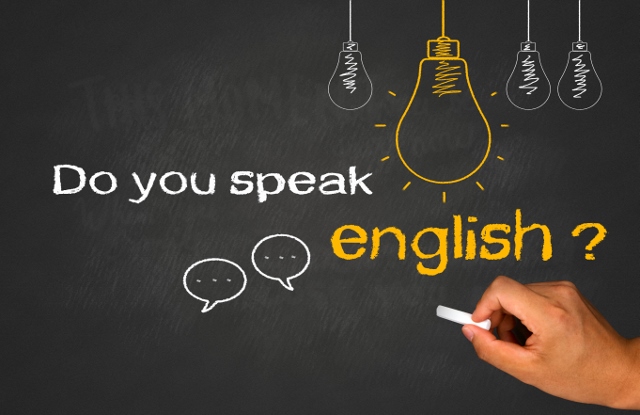 "Don't any of you people speak English? This is very simple". –direct quote from a client with a more severe fluent aphasia.

What is fluent aphasia?

Fluent aphasia means that someone can speak in sentences that sound like normal speech…except some of the words are made-up words (neologisms) or have some sounds that aren't correct. For example, "the quesifashion of her condences myotroped was pretty funny". In this real-life example, we know something was funny, but unless we know who we are talking about or have other clues, we don't have a lot of information.

Many families are embarrassed by the fluent aphasia because it sounds "crazy" and it's harder to figure out what the person wants. I've actually had more than one spouse tell me that he was too embarrassed to be around their friends now. Friends and the general public tend to become uncomfortable around fluent aphasia–no one knows what to say. I've known clients run into trouble with police officers because to the untrained person, fluent aphasia may sound as though the person is drunk or mentally ill.

Fluent aphasia is a range of different aphasia types from very severe (Wernicke's aphasia) to milder (anomia). Conduction aphasia is the middle ground in which the person's comprehension is better, but the content words in their sentences may be mangled or lost. However, during this stage, the word he says sounds more like the word he wants to say. For example, he may say "balfing" instead of "golfing" or "glose" for "clothes". In context, the word makes sense and is close enough that you can continue the conversation.

Fluent aphasia is caused by damage to the posterior left portion of the brain (medial temporal/parietal lobe), which typically results in almost normal use of the right hand and leg. This area of the brain affects understanding and the phonological system (how letter sounds are sequenced). People with fluent aphasia often struggle because they initially do not understand that what they are saying is not what they think they are saying. When the conversation partner doesn't understand, the fluent aphasic may be confused or angry "Don't any of you people speak English?" as one quoted client put it. Writing (as the other language output) is typically affected equally, so that words don't make any sense or the wrong words are used. I have known clients, however, with zero writing (couldn't even copy) in the beginning but had clearer speech.

How do you treat fluent aphasia?

It's not as hard to treat as you may think it is. Although it seems much more difficult than a non-fluent aphasia, people with fluent aphasia can often reach almost pre-stroke speech over time with the right approach. The most important thing to know is that treatment is completely different than that for non-fluent aphasia. Fluent aphasia cannot be apraxic, although some therapists or physicians may say that it is. Treating this as apraxia is not going to result in changes because apraxia is a motor-speech disorder. Fluent aphasia is the result of a broken phonological system. This means that sounds sequences of sounds within words are no longer stable and can be randomly substituted.

If you aren't getting results from therapy, it may be that the therapist:

It can be discouraging if you don't know how to measure progress, so download a chart here, and don't worry about the testing results. Testing isn't going to show progress as well for these types of aphasia. However, people with fluent aphasia can make great progress. It takes time, the right approach and a willingness to do the work, but it's not an unsolvable mystery. If you're in the mood to look at some fluent aphasia case studies, click here. See how other families are dealing with fluent aphasia on our Caregiver stories page.

What Is Wernicke's Aphasia?

How You Can Help Comprehension - Four Examples