What Is Broca's Aphasia? 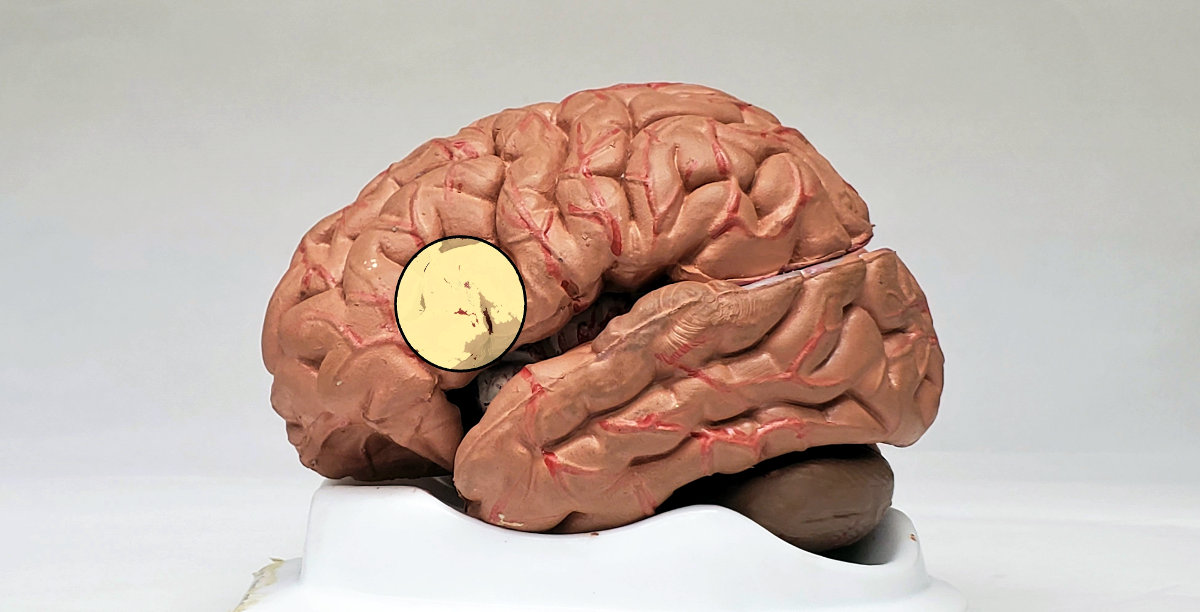 Paul Broca was a French neuroanatomist who "discovered" the area of the brain referred to as "Broca's area" in 1861 based on a series of consultations with an aphasic gentleman called "Tan". The patient was called Tan because "tan" was all the patient could say. After Tan died, Broca performed an autopsy of his brain and found that there was an area of damage in the left hemisphere. This specific location in the left hemisphere of the brain (towards the back and bottom of the frontal lobe) became known as Broca's area.

Broca's aphasia is a non-fluent type of aphasia that is commonly associated with verbal apraxia, relatively good auditory comprehension, agrammatic speech, and poor repetition. Because of the location of Broca's area in the left hemisphere of the brain, it is also commonly associated with weakness of the arm and leg muscles of the right side of the body. Professionals like to use classifications of aphasia, such as Broca's aphasia, to have a frame of reference regarding the patient's abilities and areas of concern.

When someone has apraxia, he has difficulty speaking because the articulators (tongue, vocal folds, jaw, lips, etc.) cannot form the correct patterns to produce words. The important thing to remember about apraxia is that it comes into play when the patient is doing something voluntarily, such as trying to repeat or produce certain words. Someone with apraxia may, then, produce a short phrase or sentence automatically, such as in response to your driving—"Don't do that!", which is produced perfectly clearly. You will see the person who has apraxia "groping" for articulator placement to get to the correct sound, and usually try several different positions and productions along with way. Their sound productions will be different each time, and they will have to do it all over again the next time they want to make that sound. The person may benefit from watching someone's mouth to try to imitate words/sounds, but this is not always the case.

Comprehension of what someone is saying may be anywhere from 50% to over 90% accurate. Comprehension is discussed in this context as "relative" to the speech and repetition, so that it may be at the lower end at 50% accuracy, but it's relatively better than the speech or repetition. Comprehension of persons with aphasia can be enhanced by using gestures while you speak, writing out key words while you're talking, and by talking about contextual topics. For example, when asking what someone wants to drink, you can gesture "drinking" and then point to the coffee and the water as choices. This is contextual. It is not contextual to ask what someone wants to drink when you are watching tv and have not been talking about drinking, or providing any cues about the topic.

Agrammatic, or telegraphic, speech means that the person with aphasia speaks mostly in nouns, and produces only a few words at a time. An example would be, "Well…..cat and…..up……..um, well, um…forget it". The communication is non-fluent, meaning that their average sentences are five or fewer real words. This may be compounded by  apraxia. Writing is typically similarly affected, and reading may be reduced.

We look at repetition to help us make the final diagnosis of Broca's aphasia. With standardized testing, we usually ask the person with aphasia to repeat words, phrases, and the sentences to see what he can produce. We use different types of words and phrases, from everyday phrases such as "Sit down" to more complicated or strange phrases such as "Monsters weep during breakfast". Repetition can be affected by apraxia.

Many people are diagnosed with Broca's aphasia every year. With continued therapy and lots of homework, you can work towards increasing speech output, increasing reading and writing skills, and increasing repetition and comprehension skills. You can change the severity of the aphasia, as well as change to a different classification of aphasia over time. Starting after the stroke as a person with a severe Broca's aphasia doesn't mean that it will always be that way. Send us your comments and questions at [email protected]

What is a "family with aphasia"?

What Is Wernicke's Aphasia?

Be the first to see new articles, programs, discounts and more!